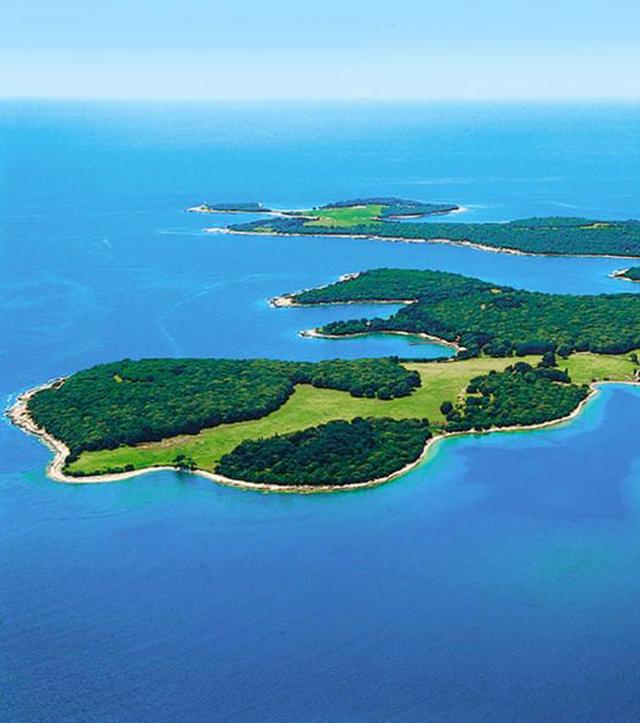 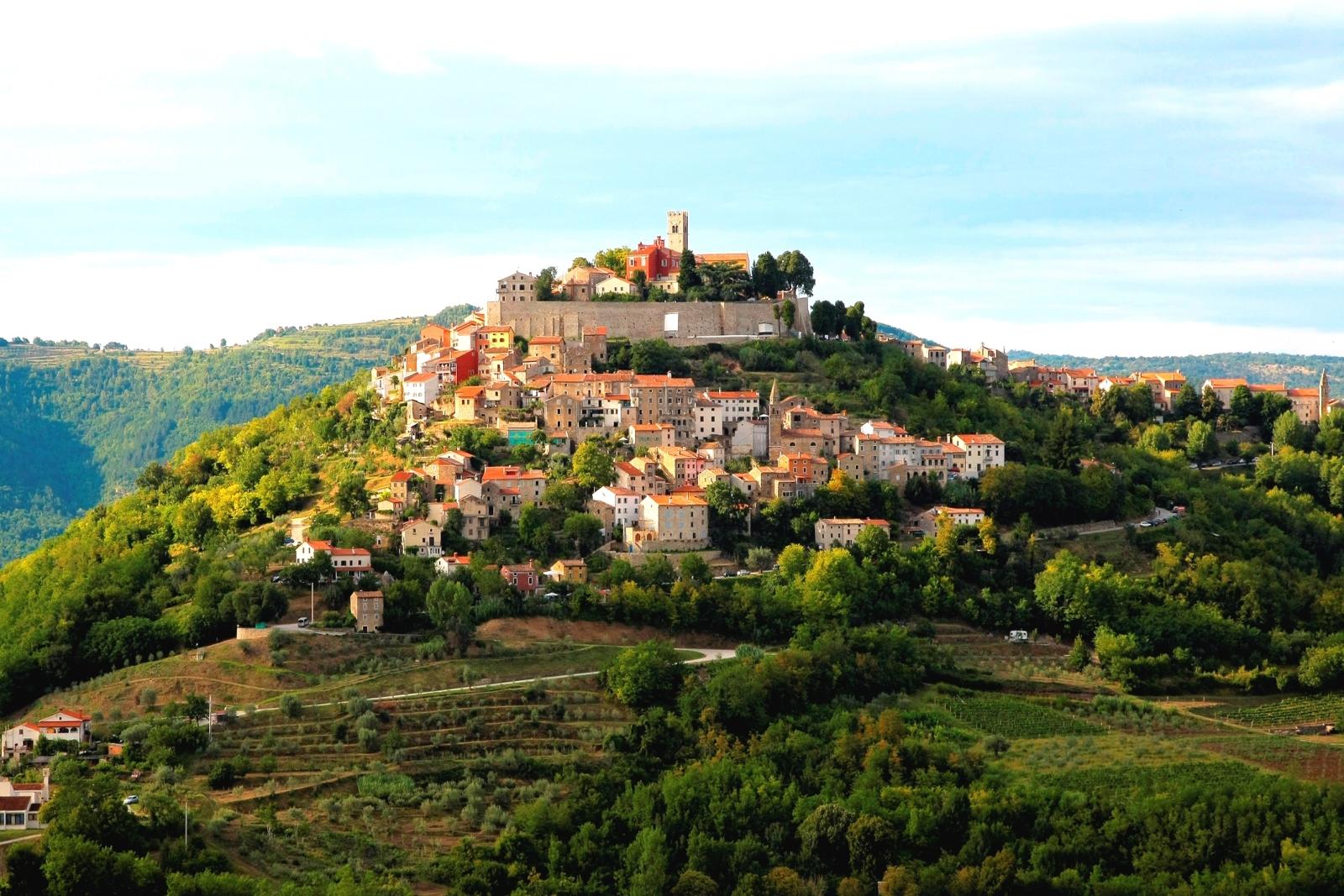 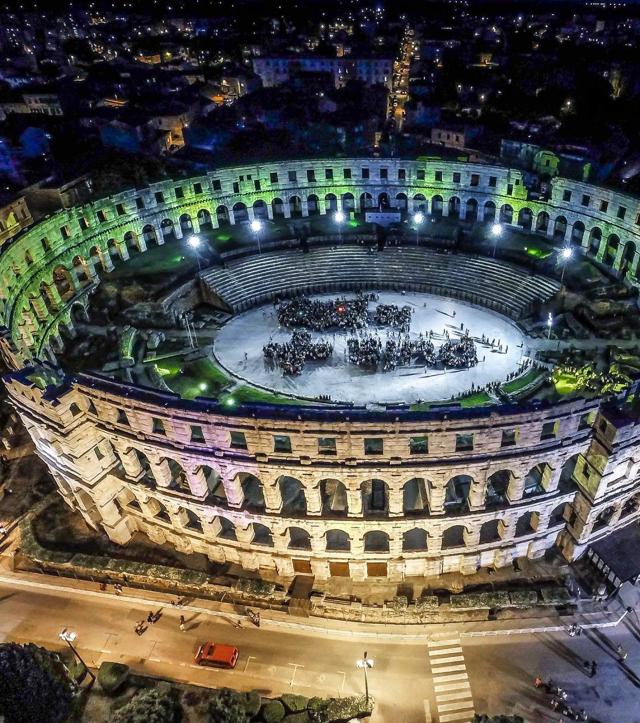 The City of Light

In the northern part of Istria, overlooking the Mirna River valley, lies surely the most famous and attractive Istrian medieval town of Motovun-Montona. This captivating hilltop town is one of the characteristic symbols of the Istrian interior.

The Romanesque-Gothic bell tower with a crenulated crown from the 13th century, standing next to the Parish Church of St. Stephen from the 17th century, dominates the town's historic core. In the central square is the Romanesque Municipal Palace, the largest secular building in Istria of that period surrounded by many other historic buildings. As Motovun-Montona has long since been an attractive and popular tourist destination accommodation is offered in the town centre, in hotel Kaštel situated in the restored palace of the Polesini family. Motovun-Montona is the perfect venue for a large number of events, the most significant among them being the International Motovun Film Festival that takes place at the end of July where world-known film artists may be seen. Motovun is also interesting for ballooning lovers, its favourable microclimate enables flying in balloons all year round, so that Motovun-Montona hosts several ballooning events.

Motovun Forest which stretches along the Mirna River valley is especially rich in truffles, the underground malodorous fungus believed to be an aphrodisiac. Istrian white truffles, whose season lasts from September to December are said to be as good as the finest Italian and French truffles. Opposite Motovun-Montona stands the charming picturesque town of Oprtalj-Portole, as well as Livade, famous for the Days of Truffles held every year from September to November. Every year in Livade, also known as the World's truffle centre, a special festival is organized with a contest of choosing the largest truffle. Motovun-Montona is surrounded by vineyards from which the finest Istrian wines, white wine Malvasia and red wine Teran, are produced. The entire area is dotted with excellent local ‘konobe’ and restaurants. 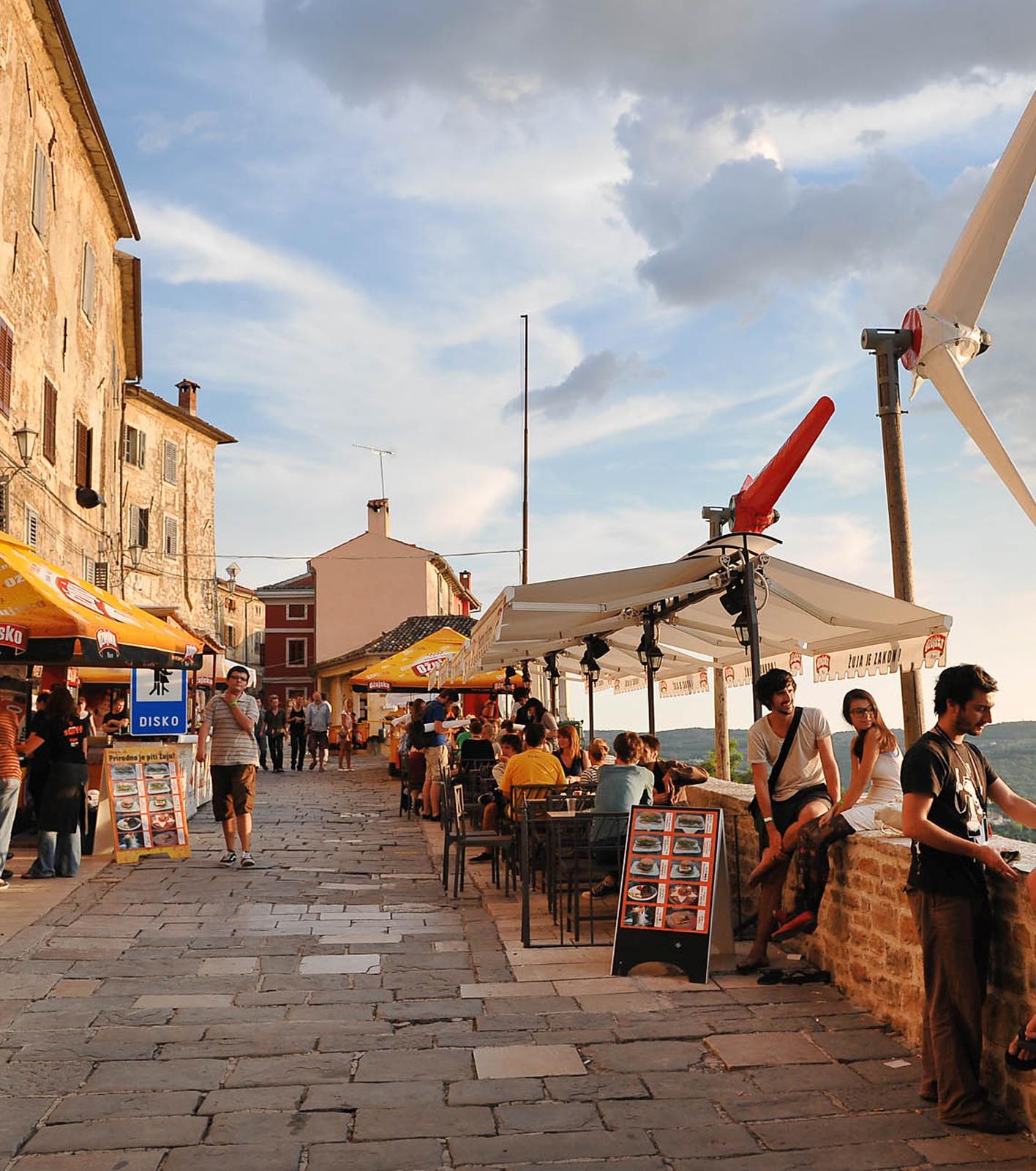 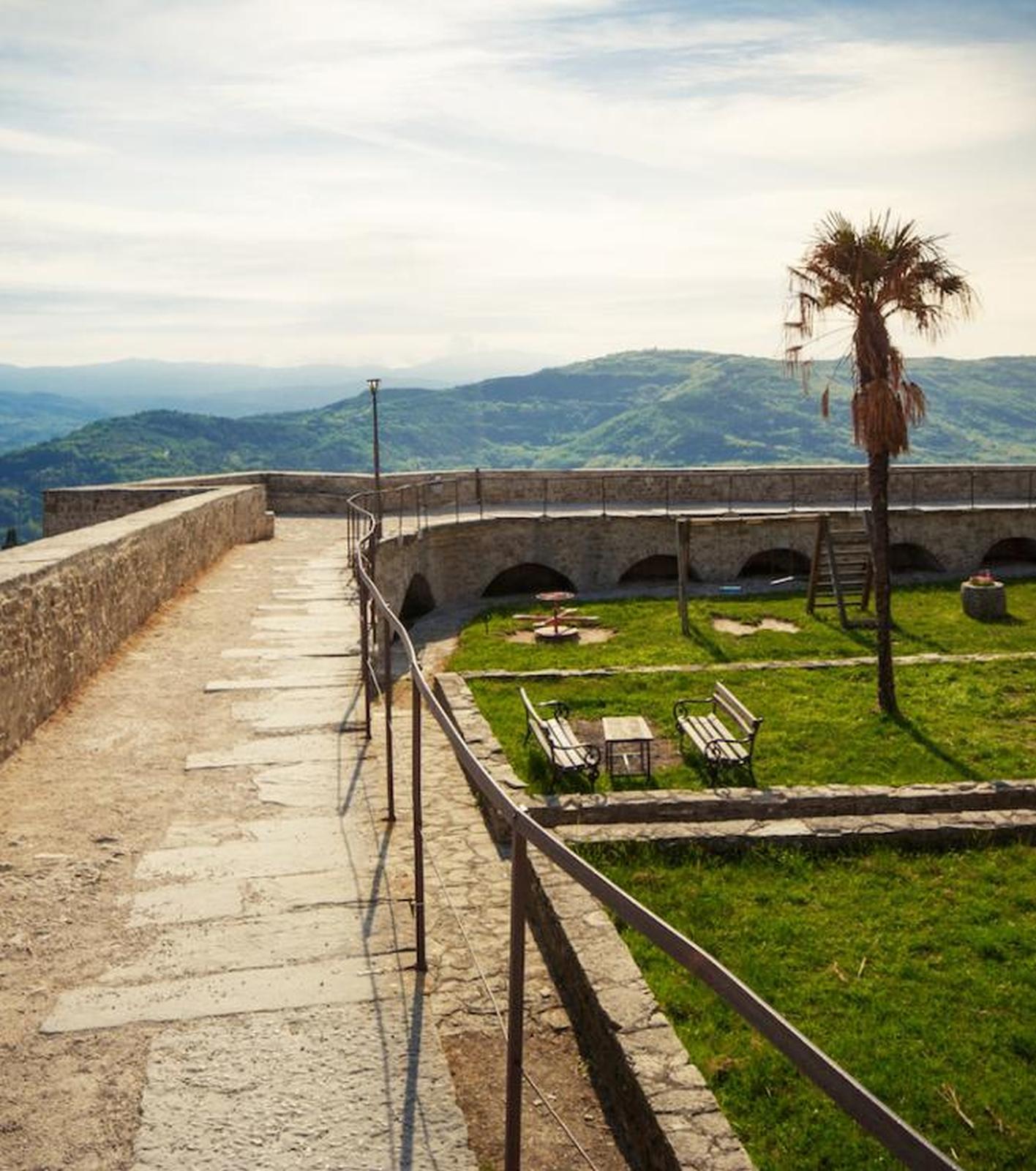 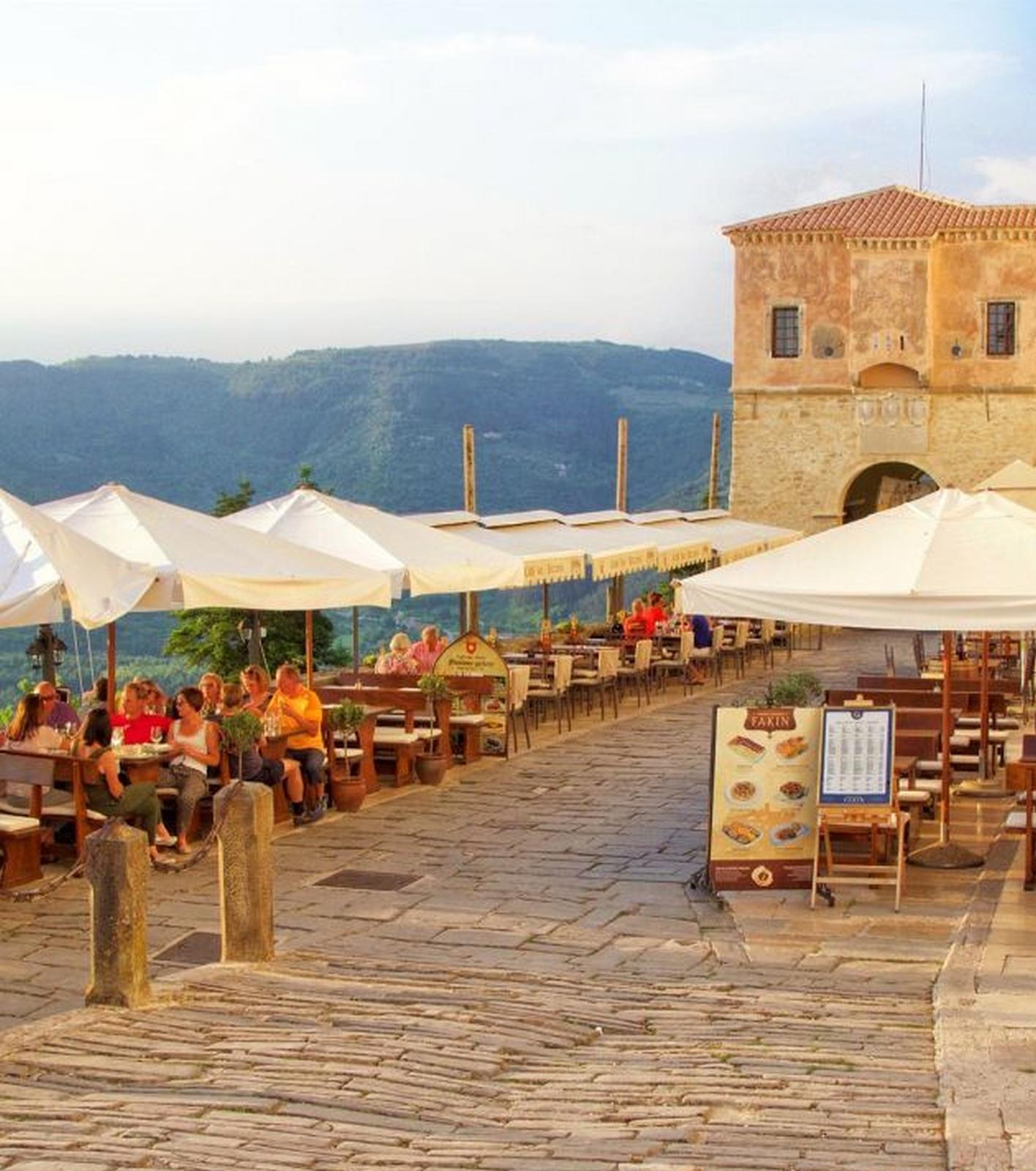 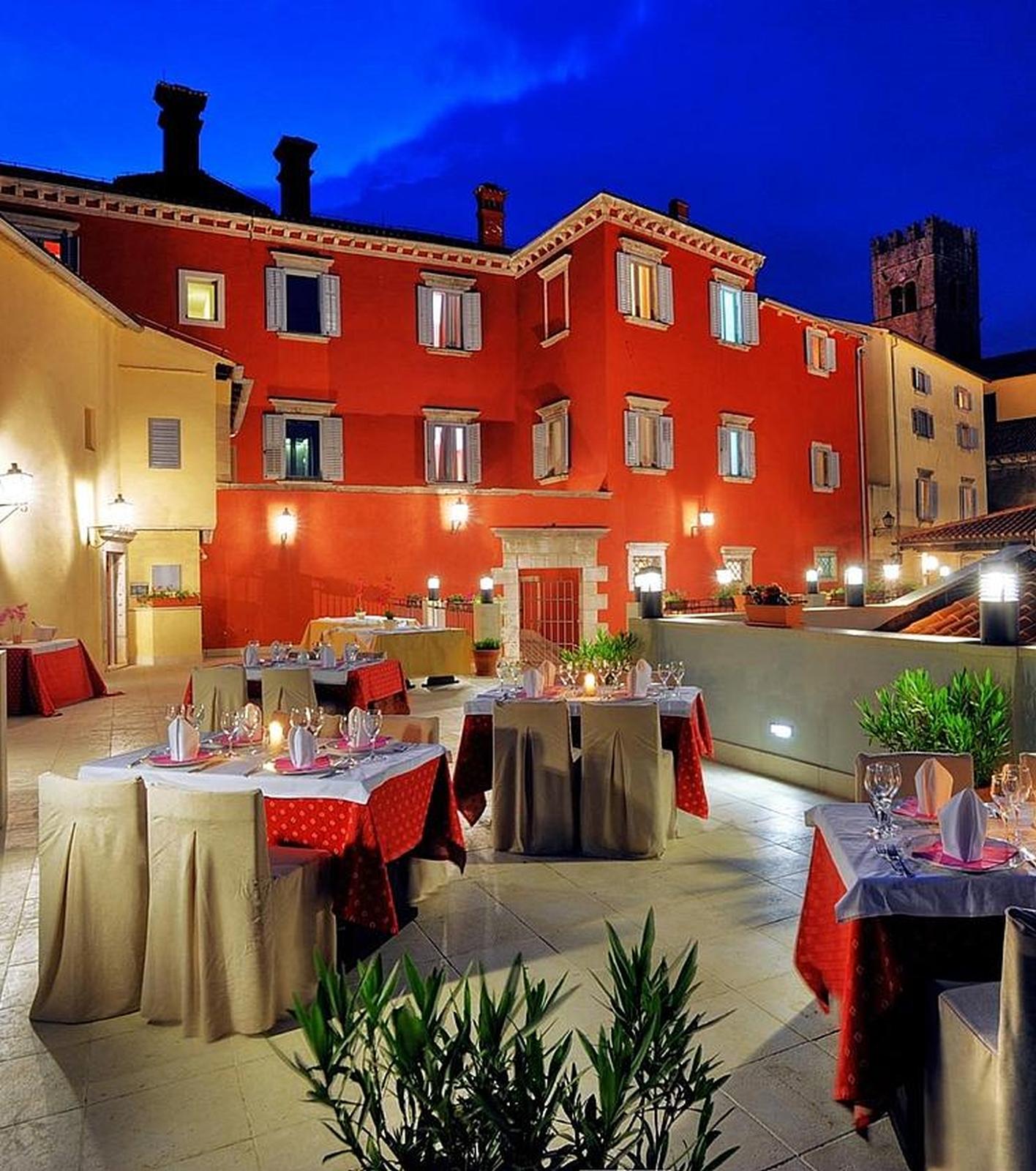